YOU HAVE (0) ITEM(S) IN YOUR CART. CHECKOUT NOW
Livelihoods

Maima Myers, an elderly widow and Ebola survivor, lives about an hour northeast of Monrovia, Liberia. She has gray hair and a sad, serious face. Maima’s legs are disabled, and she uses a three-wheeled wheelchair and crutches to move around her house and dusty yard.

Two years ago, Maima’s husband began showing signs of Ebola. But despite his pain, he didn’t seek treatment. As he lay dying, Maima’s friends and family deserted her. 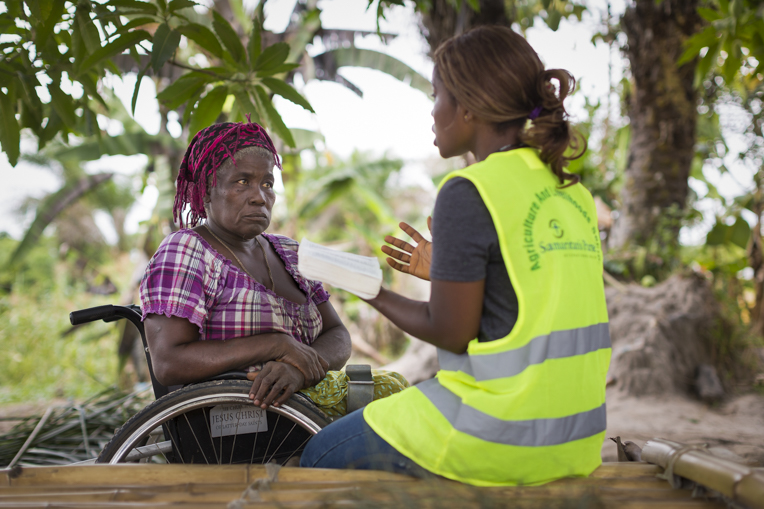 “Since my husband died, it brought sorrow in my life,” Maima said.

But that wasn’t the end of her sorrow. Soon after, Maima also contracted the disease. Instead of being helpful, her family and neighbors burned all of her belongings to keep Ebola from spreading. Maima’s head and body ached, so she went to the health clinic, where she received treatment. She recovered, but when she returned home, her sorrow persisted.

“When I came back, the community tried to stigmatize me, and I didn’t receive help from any community member,” she said. “Ebola affected my life greatly.”

Maima was left with no belongings other than her house. She had no food or a way to provide for herself, and no one to care for her. All of her children live far away from her, but 10 of her grandchildren live with her, adding to her burden. She depended on her older grandchildren to help her, but everyone was hungry and hopeless.

During the Ebola outbreak, Samaritan’s Purse worked in the Ebola Treatment Units to provide care to patients and in the communities to teach preventative measures to stop the disease from spreading. When the outbreak finally ended, thousands of Liberians had been affected and were still suffering from the aftereffects. Samaritan’s Purse began helping Ebola survivors in various ways, including through animal and agriculture programs. 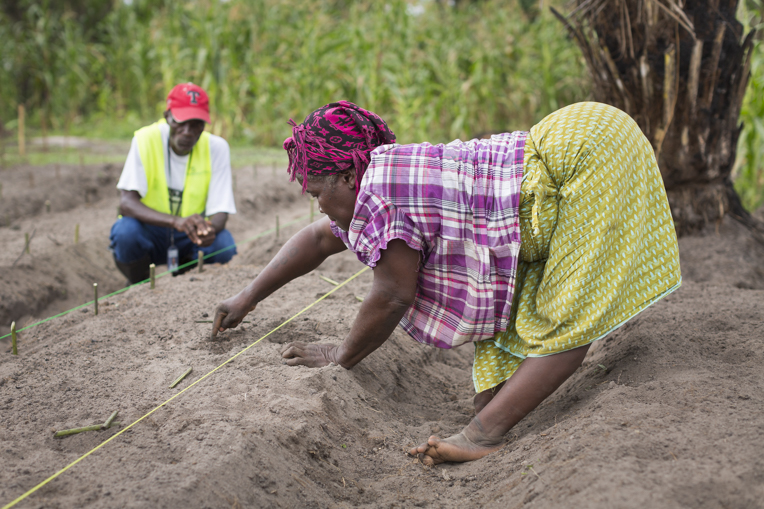 DESPITE NOT HAVING USE OF HER LEGS, MAIMA IS STILL ABLE TO WORK IN HER GARDEN.

We gave seeds and tools to Maima and some of her neighbors who had also been affected. Maima crawled out of her wheelchair and sat in the garden to plant the seeds. Each day, she tends to the plants. Her neighbors who are also Ebola survivors share their crops with her, and while she waits for her crops to grow, Samaritan’s Purse sustains her.

Far from Maima, in a northwestern community of Liberia that lost 37 people to Ebola, Samaritan’s Purse is helping survivors and victims’ families in another way. We have provided equipment and training to keep bees. Once the colonies start making honey, the survivors will be able to sell it and use the money to meet their basic needs.

Two people who are learning beekeeping are Wollie Saah and Maritha Veaneh. Wollie lost his wife and son to the disease and is left to raise 11 children alone. He hopes the money will provide schooling for them. Maritha lost her brother, husband, and three of her seven children. She needs money to provide food for her surviving children.

“I know that if I do this, it will benefit me tomorrow,” she said.

“When Samaritan’s Purse comes to pray for me, I feel that I am human among friends.”

Along with providing seeds, tools, and training, Samaritan’s Purse also provides hope to people who feel alone and abandoned. Our staff members visit the beneficiaries regularly to check on their progress and meet needs. During one of these visits, we encouraged Maima to begin attending church, where she has found a community who supports her in between our staff visits. 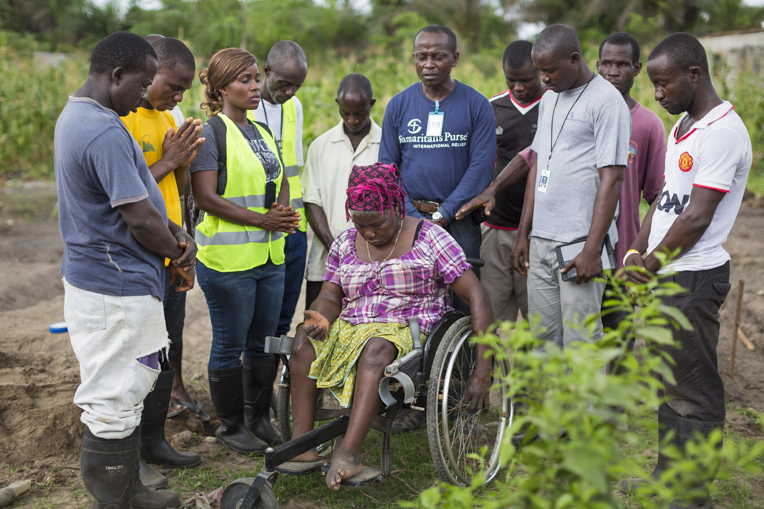 SAMARITAN’S PURSE STAFF MEMBERS PRAY WITH MAIMA AT HER HOME.

“When Samaritan’s Purse comes to pray for me, I feel that I am human among friends,” she said.

During each visit, Samaritan’s Purse shares the truth of the Gospel. Wollie has learned that Jesus is God’s Son and that He helps those in need. Our staff members have taught him to pray.

Samaritan’s Purse is providing agricultural and beekeeping training to 300 households in Liberia. As Maima, Wollie, Maritha, and others use their new skills and tools to provide for their families, they’re also growing in faith. Please pray for them as they continue to recover from the lasting effects of Ebola.

Families engaged in subsistence farming often live in chronic poverty and malnutrition, lacking the skills to get the most out of their small patches of land. Others have seen their livelihoods wiped out by drought, disaster, or war. Through our Animals, Agriculture, and Livelihoods programmes, Samaritan's Purse has helped to provide thousands of impoverished farmers, herders, and fishermen around the world with the resources and training they need to feed their families and even obtain a modest income that can be used for education, medical care, or other needs.