2011-Present: Samaritan’s Purse has ministered to the people of South Sudan for nearly 30 years during times of war, famine, and disease.

Samaritan’s Purse was working in South Sudan long before it became a country. In 1993, we sent a medical team in response to an outbreak of relapsing fever. A few years later, we returned to the area to open a hospital and begin projects in education, vocational training, and agricultural assistance. 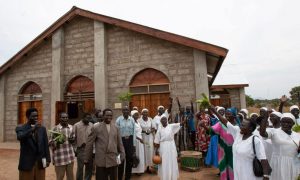 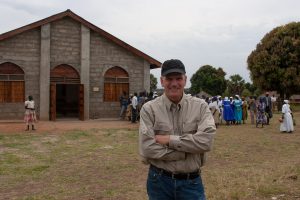 In the aftermath of the Darfur genocide, Samaritan’s Purse sent emergency food, medicine, and other critical supplies to suffering refugees.

We began a massive effort in 2005 to rebuild churches that were destroyed during the years of war. By 2010, more than 500 churches had been rebuilt.

Samaritan’s Purse staff members participated in a long-awaited independence day celebration in Juba, the new capital of South Sudan, on July 9, 2011. It was a riveting time to be in the world’s newest nation. Franklin Graham met and prayed with the new South Sudanese president, Salva Kiir. Our teams immediately started ministering to thousands of refugees and internally displaced people throughout South Sudan.

The country spiraled into chaos and turmoil when civil war erupted in 2016, only five years after the fragile nation gained independence from Sudan. Samaritan’s Purse provided emergency food to refugees as famine swept across the area. The South Sudanese people were already weary, as they had endured decades of violence and two other lengthy civil wars in Sudan that took more than 2 million lives.

Today, our work is ongoing, as thousands of people are still struggling to survive in refugee camps. We now have five base locations in South Sudan and our projects include food distributions, reaching out to impoverished communities with clean water, livelihood projects, and hygiene training.

Throughout the years, we have remained committed to strengthening South Sudanese churches. We’re partnering with local Christians to distribute Bibles, show the Jesus film, and teach people how to read using the Bible. Our discipleship initiative is helping churches identify and then meet physical and spiritual needs in their communities.

We praise God that people in South Sudan are experiencing salvation in Jesus Christ. We thank Him that despite years of hardship and war, Christians are standing steadfast in their faith and churches are increasing their Gospel outreach so that more people have an opportunity to hear the Good News. 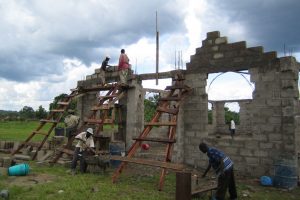 Samaritan’s Purse has rebuilt more than 500 churches that were destroyed during years of war and conflict.

Who Is My Neighbour? The Sky Is the Limit.

“No one will go hungry if they have a vegetable garden”