YOU HAVE (0) ITEM(S) IN YOUR CART. CHECKOUT NOW
Operation Christmas Child
Church Dedicated Among Unreached Himba of Namibia 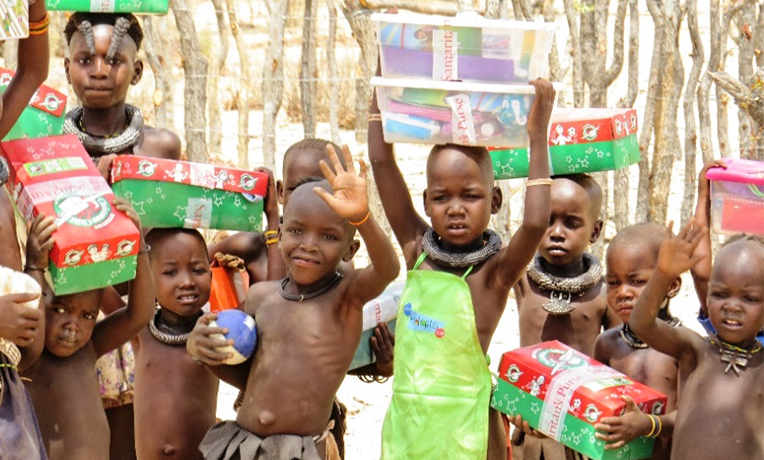 ABOUT 200 PEOPLE GATHERED IN EARLY JUNE TO DEDICATE THE FIRST CHURCH BUILDING IN THE OMBAKA REGION OF THE SOUTHERN AFRICAN NATION OF NAMIBIA.

Villagers recently dedicated the first church building ever built in the Himba region of Ombaka, Namibia. An ethnic group of 50,000 scattered across Namibia and Angola, the Himba are considered an unreached people group because their population is less than 2 percent evangelical Christian. Although they have long been animists—worshipping their ancestors and tree spirits—more than 80 Himba now gather in the area to regularly worship the Lord Jesus Christ.

Samaritan’s Purse and Seed Company, an affiliate of Wycliffe Bible Translators, have been partnering for several years to see this advance of the Gospel.

Beyond the “End of the Road”

A three-day celebration, June 7-9, in honour of the completion of the church building began with a day of worship and prayer. 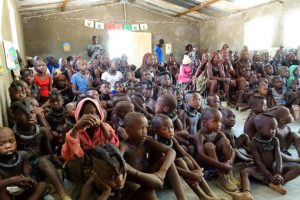 CHILDREN AND ADULTS GATHERED INSIDE THE CHURCH BUILDING FOR ITS DEDICATION SERVICE.

The following day started with a time of play for the children, many of whom had previously received Operation Christmas Child shoebox gifts and participated in our follow-up discipleship programme, The Greatest Journey. Next, the crowd began singing Scripture praise songs created from their folk tunes. Around 150 of the attendees then gathered inside the church while others watched the festivities from outside.

Pastor Kuyelia NGombe welcomed the group before our ministry partner Pastor Rizera Hipakua shared the history of the new church.

In the spring of 2016, Samaritan’s Purse held an outreach event for Himba children in the village of Opuwo which means “end of the road” in their language. The chief of Ombaka was present that day and asked for shoebox gifts to also be brought to his village located more than two hours further into the bush. That Autumn, Pastor Rizera travelled this distance across cow paths and more than six dry river beds to bring Operation Christmas Child shoebox gifts and the Gospel to the Himba children of Ombaka.

Samaritan’s Purse partnered with Seed Company to translate The Greatest Gift—a Gospel booklet handed out to children along with shoebox gifts—into the Himba text. This unreached people group was amazed to have this printed resource in their language. In addition, since they are primarily an oral culture, the book of Mark and 40 Bible stories from Genesis, Luke, and The Greatest Journey discipleship materials, were also initially translated into Himba and are currently being distributed on 170 solar-powered MP3 players.

Divine Forgiveness: A Surprise for Every Culture

As residents in Ombaka and the five surrounding villages heard the Bible stories and masterfully retold them almost word for word, the area was transformed by the power of the Gospel. 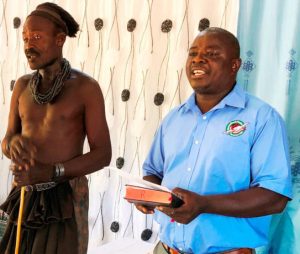 THE VILLAGE CHIEF (LEFT) WHO DONATED THE LAND FOR THE CHURCH SPOKE AT THE DEDICATION CEREMONY WHILE PASTOR RIZERA (RIGHT) TRANSLATED HIS WORDS FOR THE INTERNATIONAL GUESTS.

Children participated in The Greatest Journey discipleship programme and as they shared their faith with others, the church multiplied. The Himba villagers learned about the true God and His Son, Jesus Christ, so they no longer feared their ancestors or the spirit world. They learned they could have a relationship with God because of what Jesus did for them.

“Learning that sins can be forgiven is an epiphany in every culture,” said Samaritan’s Purse Strategic Initiatives Manager Michael Cardy.

At the dedication of the church building, Pastor Kuyelia concurred, “Before Operation Christmas Child came, we had never heard of Jesus or knew who God was. If we had difficulties, we sought the witchdoctor for help. Now, we have abandoned witchdoctors and seek God alone in prayer and worship.”

The Church Began Under a Tree

Within two years the number of believers in Ombaka went from zero to 80-plus. This prompted the village chief to dedicate land underneath a prominent tree as a place for the church to meet. The new body of believers met there regularly, but also requested a building so they would continue to have a place to worship during the monsoon season. Working together with Seed Company and the people of Ombaka and Opuwo, Samaritan’s Purse constructed the new church building next to the tree where the congregation originally gathered. 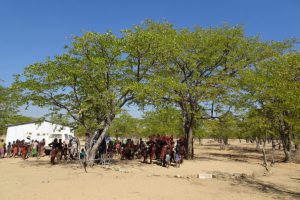 The generous village chief was present at the dedication service. Although not yet a believer, he expressed his gratitude for the church and its ministry to the children in the village.

Pastor Kuyelia added, “If you ever feel threatened or need a place of peace, here is where you can come.”

To ensure that all 200 of the guests understood the reason for the celebration, Jimmy Nel, discipleship coordinator for Namibia’s Operation Christmas Child National Leadership Team, presented the Gospel using various verses in the Bible.

Michael Cardy also spoke about the love of Jesus for boys and girls and the importance of having faith like a child. Afterwards, he said that although these normally stoic people tend to show little expression, “there was an overwhelming sense of joy” at the dedication.

After the service, the crowd continued to celebrate with a meal of goat and rice with the unusual treat of chilled soda. The leaders then showed the JESUS Film and seven more people accepted Christ.

Before Operation Christmas Child came, we had never heard of Jesus. Now, we seek God alone in prayer and worship.

The celebration ended with another full day of prayer and worship on June 9.

Pastor Rizera plans to hold a meeting in August for other pastors who are interested in reaching into the Namib and Kalahari Deserts to share the Gospel with still other Himba.

“Thank you for the help, for Samaritan’s Purse [and] Operation Christmas Child,” Pastor Rizera said. “May God bless you and may the great work of God continue.”

In addition to hosting outreach events in more than 100 countries, Samaritan’s Purse is currently working to bring shoebox gifts and the Gospel to more than 100 unreached people groups across 46 nations. 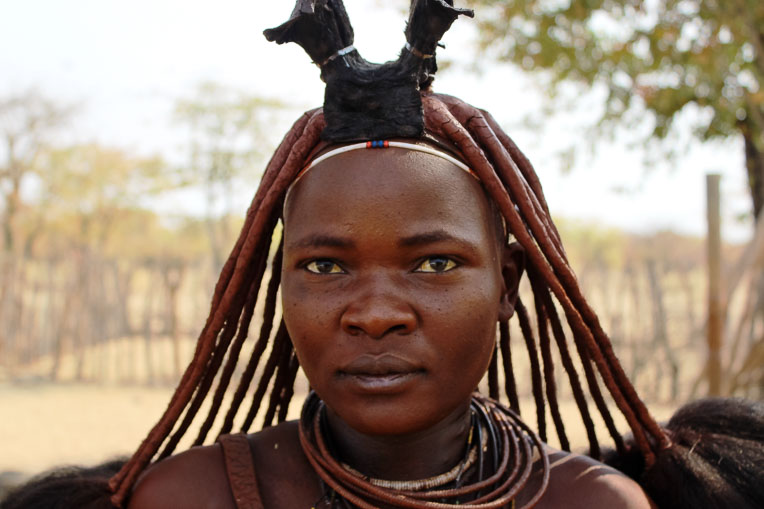 THE HIMBA PEOPLE NOW HAVE BETTER ACCESS TO THE GOSPEL THANKS TO THE PARTNERSHIP BETWEEN SAMARITAN’S PURSE AND SEED COMPANY.

A small shoebox can have a big impact. What goes into the box is fun, but what comes out of it is eternal. Be a part of changing children's lives all over the world in Jesus' Name through the power of a simple gift with Operation Christmas Child.

No time to pack your own shoebox? You can pack a shoebox online in less than 5 minutes, then we send it for you! Each shoebox gift is a heartfelt expression of God's love to children in real need.
Top Stories
Relief Distributed, the Gospel Shared Following Earthquakes in the Philippines
Hope Returning After Bushfires in Australia
Franklin Graham Sees Ongoing Recovery Work in the Bahamas
Bringing Hope in the Wake of Australian Bushfires
Hundreds of Children in the Bahamas Receive Shoebox Gifts at Christmastime