YOU HAVE (0) ITEM(S) IN YOUR CART. CHECKOUT NOW
Women At Risk

A struggling mother thanks God for blessing her with a precious child.

Bernadette was troubled when she found out she was pregnant with her fifth child. Her family lives in poverty in the slums of Manila in the Philippines. Bernadette worried about how they would provide for another child.

She had second thoughts about keeping the baby and drank alcohol despite being pregnant. 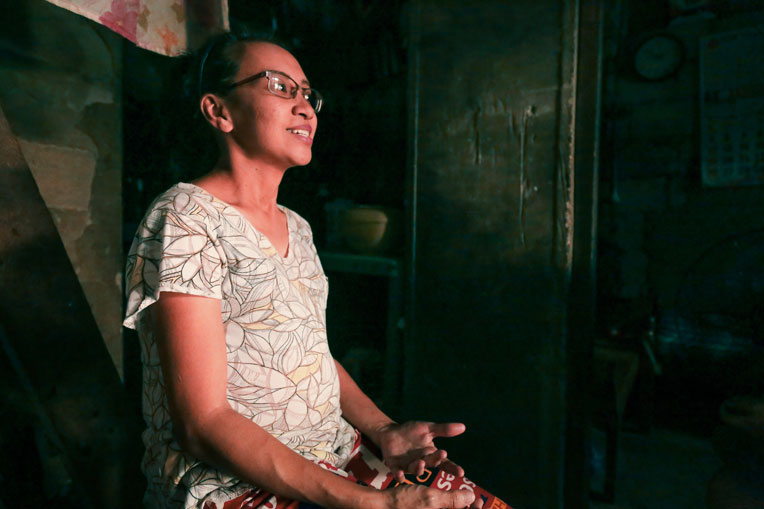 Bernadette lives in the slums and is pregnant with her fifth child.

At the time, Bernadette was a beneficiary of the government’s poverty-alleviation program. Through a partnership with Samaritan’s Purse, Bernadette and other mothers got to participate in our nutrition project in Manila, which teaches mothers living on a very limited budget how to prepare healthy meals for their children.

Bernadette also attended the Samaritan’s Purse monthly mother-to-mother group sessions in her community. Each session was followed by a Bible study led by a partner pastor.

Bernadette came to one particular Bible study especially overwhelmed. “I was feeling really heavy—physically and spiritually. When the preaching began, I didn’t notice I was already crying,” she said.

During that group Bible study, on her 36th birthday, Bernadette received Jesus Christ as her Lord and Saviour. Bernadette said that she felt the presence of Jesus Christ and realized that her baby is precious and is a blessing from God.

“When I came to know Christ, I repented of my sins and of what I was trying to do to my baby,” she said.

When I came to know Christ, I repented of my sins.

Bernadette stopped drinking alcohol and took better care of herself. As she’s grown in faith in Jesus, she has become more patient with her husband and children. She said she feels joy in serving her family and others. 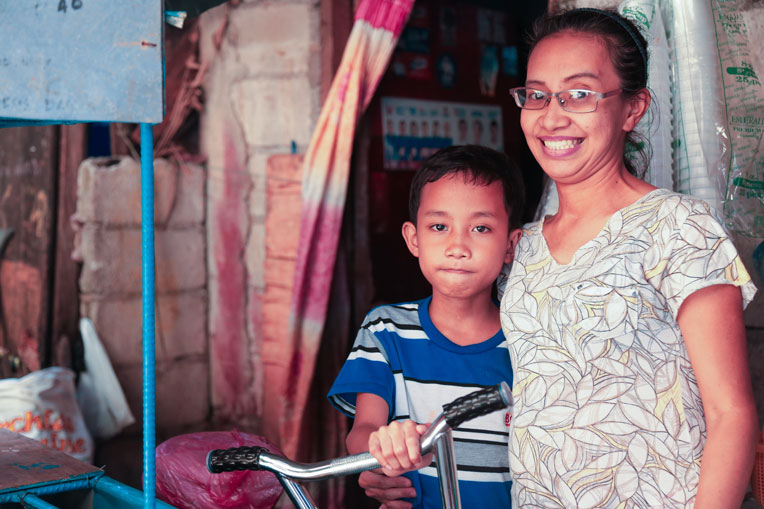 Bernadette is more patient with her children after receiving Jesus Christ as her Saviour.

But not everyone was happy with the changes in Bernadette’s life. After abandoning her old habits, friends started persecuting her. And after being seen attending a Bible study, someone spread a rumor that she was crazy.

“The Lord helped me to be more forgiving. Every time I feel anxious and wanting to seek revenge against those who persecute me, I read the Bible that Samaritan’s Purse gave me. Through it, God gives me self-control,” she said.

Bernadette is now seven months pregnant and continues to develop herself as a mother and as a Christian. Samaritan’s Purse staff are mentoring her, and local church partners regularly minister to her mother group.

“Jesus gives me the strength to become a better mother. Thank you, Samaritan’s Purse, for leading me to Him.”